Evolution, extinction and the island of Madagascar by Susan Brownrigg

Madagascar is the fourth largest island in the world but 600 million years ago it was part of a super continent called Gondwana!

Today the island is only 250 miles from the east coast of Africa and is very special because of its biodiversity with approximately 90% of its plants and animals being endemic - not naturally found anywhere else in the world. 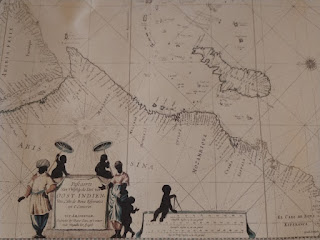 The island is probably best known for its lemurs - these prosimians are primates that evolved before monkeys and apes. They range from the tiny mouse lemur, to the bouncy sifaka to the strange nocturnal aye-aye.

Lemurs - along with other animals and plants are thought to have reached the island after it broke away from Africa. Some may have used a land bridge that is thought to have sunk into the Mozambique Channel 40 million years ago, while others may have crossed on natural rafts such as hollowed out tree trunks. 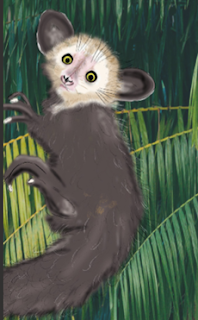 The aye-aye is a nocturnal lemur. Illustration by Jenny Czerwonka.

The island had many different habitats and as they spread out, over time they slowly adapted to their new environment and developed into new species. In evolutionary biology this is called adaptive radiation - just like with Darwin's Galapagos finches.

An estimated 2,000 years ago the first humans arrived on Madagascar. The island was very different to today and was mainly forest. Those early settlers would have seen dwarf hippopotamus, giant tortoise, huge 'elephant birds' and 16 species of giant lemur all which are sadly now extinct.

The giant lemurs including one that was as big as a gorilla that browsed the ground for food and another similiar to a huge koala as well as the giant sloth lemur that hung from tree branches!

Evidence of these 'megafauna' is known because of found fossilised bones. But in 2020 an international team of scientists including Dr David Burney and Dr Julian Hume made a very exciting discovery in Western Madagascar - a cave painting which seems to include an image of a giant sloth lemur! 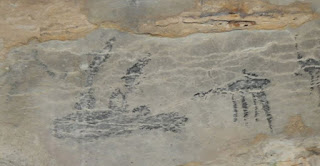 This cave painting is believed to depict a giant sloth lemur © Burney et al 2020
There were several species of elephant bird (aepyornis) that were three metres tall! Their eggs were bigger than those of the dinosaurs and fragments of shell can still be spotted in the south of the island. 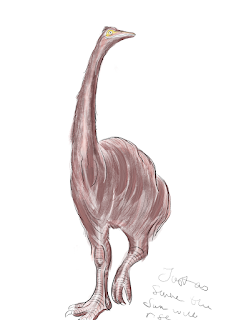 Elephant Bird by illustrator Jenny Czerwonka
These enormous birds are believed to have been hunted to extinction - bones have been found with cut marks evidence of butchery - and their eggs would be an important source of food too. The eggs are bigger than a human egg and are the equivalent of 180 chicken eggs!
WRITING PROMPT: There are lots of creature feature films featuring gigantic animals on the rampage including Godzilla, King Kong and Tarantula! Can you create your own mammoth sized beast? Will it be a megasnail, a ginormous bat or a huge goldfish! What chaos would your creature cause? 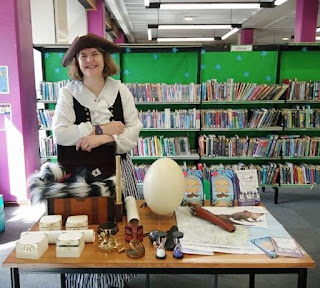 Susan Brownrigg with her replica elephant bird egg
Susan Brownrigg is the author of Kintana and the Captain's Curse, and the Gracie Fairshaw series. (Uclan Publishing) Find out more at susanbrownrigg.com 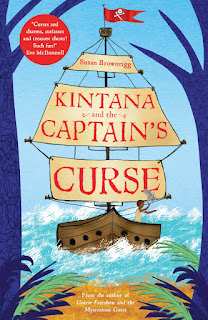 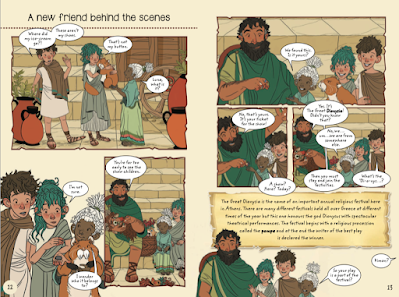