We all have them. Some are small – when you’ve eaten your little brother or sister’s sweets or bought a surprise for your mum’s upcoming birthday. Others are so big they involve tons of people and sit at the back of your mind always. When I was young, I blurted out my sister’s birthday gift casually, a coveted doll my mother had driven miles away to buy. I’ve always been lousy at secrets, especially when they’re juicy. Thankfully, most people know that and don’t ask me to keep them for very long.

But what if you had to keep a secret for decades, one that was so big, it involved secret codes and massive machines, life-saving decryptions and even spies? Could you do it? That was one of the first questions I had when I visited Bletchley Park, Britain’s headquarters for codebreaking during WW2. Workers from the Government Code and Cipher School moved to Bletchley before the war started with the primary goal of assembling a team to break the cipher the Germans were using to keep their radio communications secret. This cipher, called Enigma, had many variations and was considered “unbreakable.” Bletchley recruited some of the top minds -- including linguists and mathematicians, chess champions and historians, students from Oxford and Cambridge – to help break Enigma. But before any person could start work at Bletchley, they had to sign something called the Official Secrets Act.

The Official Secrets Act stated, essentially, that no one could tell anyone anything about what they did at Bletchley. This meant workers couldn’t tell their parents what they did all day, or chat with their co-workers about what they were doing over lunch in the canteen. And because no one knew what other people at Bletchley did, they never knew if their decrypts were successful or what part their work played in the war effort. Very few photographs were taken and, when Bletchley closed its doors after the war, buildings were left to ruin and records were destroyed. People still had to keep their lips sealed for decades after. In spite of this, the workers at Bletchley helped immensely with the war effort. It’s said that their efforts shortened WW2 by at least two years. 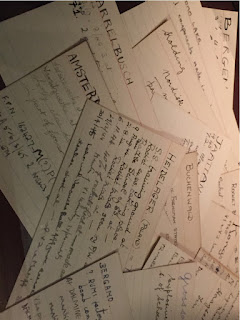 But in spite of this great secret, the employees at Bletchley worked hard. Whether it was trying to figure out clues to the encoded messages, operating the loud, hot machines that helped decode messages, or archiving information to for future messages. Thankfully, the workers at Bletchley also had time off, where they were able to relax. They certainly had a lot of fun – putting on plays, cycling through the countryside, taking the train into London – because they needed the relief from their high-pressure jobs.

When I set out to write The Secrets Act (and yes, the title is inspired by the Official Secrets Act), I knew I wanted the book to focus on two things – friendship and secrets. I was fascinated by the idea of two friends working together, yet not able to tell each other anything about what they did or saw or heard. Most of the workers were women – 75% of wartime employees were young women – and they worked long hours, around the clock. And because Bletchley grew so quickly, the hastily constructed huts where they worked were draughty, cold, and damp, with heaters that often smelled or spat out smoke. I couldn’t imagine working in such a place and being alone and away from home for the first time, as it was for many of the girls. The radio used in the wireless listening stations.

I realized rather quickly, though, that if everyone obeyed the Official Secrets Act and kept mum about what they did, my story would be rather boring. That’s why I based my character, Pearl, on a real worker at Bletchley, the youngest employee at the Park. Pearl was based on a 14-year-old messenger who took memos and communications from office to office, hut to hut. And while I’m sure the real messenger at Bletchley didn’t spill any secrets, I knew Pearl would not be so careful. I needed her to hear and see things, to be unable to resist the eavesdropping so that she knew the bigger picture of what was happening at Bletchley. Ellen took shape from a few accounts of girls who had been recruited to the Park because of their academic achievements. 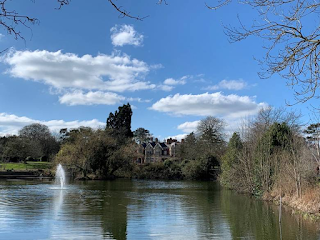 The lake at Bletchley Park

Many girls were interviewed or given puzzles and quizzes before being asked to join the war effort, then sent to Bletchley with no idea what they’d be doing or what Bletchley was. Though I couldn’t imagine getting on a train to some unknown destination, girls like Ellen were excited by the opportunity to help their country through employment that was previously reserved for men.

But as I put all these characters together against the fascinating backdrop of Bletchley Park, I wondered, what secrets would I keep? What would you do if ordered to keep your entire life a secret? Would you tell? Even one person? Alison grew up all over the USA as a child, moving to five different states before she was 13. Now she lives south of Dublin with her husband, two daughters and very naughty dog. Alison has worked in computers and technology her entire life, but has always loved writing stories for children, mostly because her favorite books are those she remembers from her childhood. 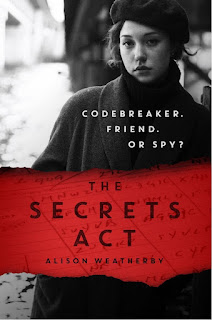 After being discovered in Chicken House’s Open Coop competition in 2020, The Secrets Act was published by Chicken House in January 2022. A historical mystery for teens, The Secrets Act follows two friends and workers at Bletchley Park during WW2, whose lives are turned upside down after a tragic incident that uncovers many dangerous secrets.

Find out more about Bletchley Park at https://bletchleypark.org.uk/ 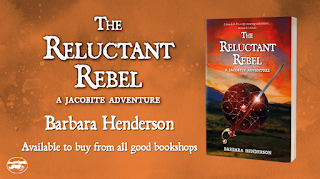