As I happen to live in the eeriest, spookiest, foggiest and darkest part of the country - the Scottish Highlands - I wanted to do something on crumbling castles and spooky atmospheres for this week’s blog post. Luckily, I visited just such a spooky castle last weekend, and took the opportunity to film some footage for our Time Tunnellers YouTube channel and our writing challenge for schools. 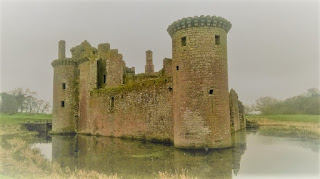 Actually, I was there to do some research for a new book. But this is not the first time that I have set a story in a castle. The glorious Caerlaverock Castle, Britain’s only triangular medieval fortress, is the setting for my Young-Quills-shortlisted book The Siege of Caerlaverock. The opening of my middle grade novel describes Ada, a laundress at Caerlaverock, as she sneaks out at night to secretly feed a prisoner in the tower prison.

Even though my feet are bare, I feel the echo of every step along the corridor.

The wind sings through the arrow slits and I hug my left hand around the tiny flame, pressing the hunk of bread against my body with my elbow. Back by the Gatehouse, the guards’ silhouettes stand outlined in the courtyard. I can’t tell which direction they are facing. No matter, I have to risk it. My conscience commands it.

My skirts flutter around my feet as I duck around the wash-house. Stooping behind barrels, stairs, sleeping horses and ladders, I run the last few steps and my candle blows out. I ease myself through the narrow gap and into the damp blackness of the tower. 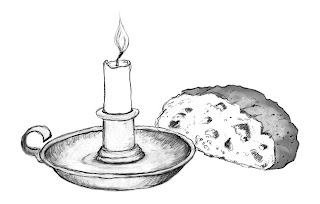 Let’s be clear: I absolutely love old castles and the atmosphere they evoke. Visiting Caerlaverock, I was able to research Ada’s route. I imagined the cold stone floor underfoot, the clammy dampness of the narrow stairs and corridors, and the smells and sounds of a castle courtyard.

I love reading this section aloud on school visits, often in no more than a whisper. Wonderfully, the book is based on a real and well-documented event in history, the real Siege of Caerlaverock in the year 1300. It happened during the Wars of Scottish Independence when the King of England, Edward Longshanks who loved to call himself The Hammer of the Scots, arrived at Caerlaverock with 3000 soldiers. Inside the castle were less than seventy, with the lady of the castle having to negotiate this tricky situation alone while her Lord was away. I thoroughly enjoyed imagining what these days would have been like for a girl and a young page boy, and I relied heavily on the contemporary poem which describes the siege for the plot of the book. 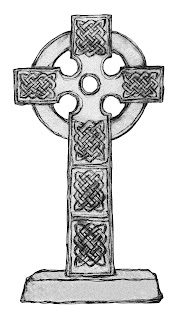 Whether you believe in ghosts or not, there is little doubt that most people in the Middle Ages and the Early Modern period did. The castle I visited last week, Huntly Castle in Aberdeenshire, belonged to a notoriously fickle and disloyal lord called the Fourth Earl of Huntly. He plotted against the newly arrived Mary Queen of Scots during the 1500s, but when the Queen confronted him, he raised an army – while his wife turned to witchcraft. He will make a wonderfully vile villain for my next story, and I cannot wait to get started.

As I tiptoed along the corridors of Huntly Castle last weekend and peered down its old spiral staircases, I couldn’t help it: a shiver ran down my spine and I could feel my heart thump in my chest. It’s the castle effect.

So why not give yourself over to the castle experience? Visit a castle near you if you can, or support a heritage organisation which looks after such places. Explore the wealth of information about such sites that is now at our fingertips at the mere click of a mouse. And while you’re at it, whether you are young or old, why not try your hand at a story opening set in a night-time castle? I for one would be first in the queue to read it!

Think of echoing footsteps, the scraping of a sword out of a scabbard. The flickering light, the scent of rushes on the floor, the many tapestries behind which so much can be concealed. Think of the moonlight shining through arrow slits, an owl’s hooting, the rustling of rats and mice, the clanging of pots in the kitchen range, the rattling of an iron bucket in the depths of a well. Feel the rough stone underfoot, an iron chain cutting into your wrist, hear the chanting from the chapel at evensong.

Our heritage is rich, but it isn’t remote. All it asks of us is a little imagination. 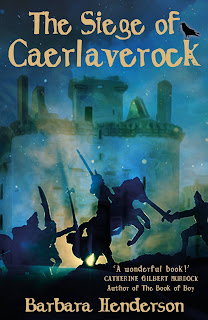 12-year-old Ada is a laundress of little consequence, but the new castle commander Brian de Berclay has his evil eye on her. Perhaps she shouldn’t have secretly fed the young prisoner in the tower.

But when the King of England crosses the border with an army over 3000 strong, Ada, her friend Godfrey and all at Caerlaverock suddenly find themselves under attack, with only 60 men for protection.

Soon, rocks and flaming arrows rain from the sky over Castle Caerlaverock—and Ada has a dangerous choice to make. 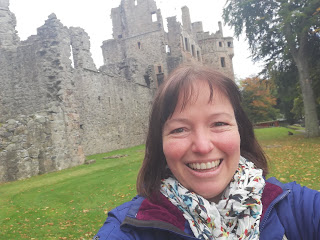 Barbara's books are published by Cranachan. They are available from bookshops and online retailers.
For more information about Barbara's books visit barbarahenderson.co.uk
Follow Barbara @scattyscribbler
at October 27, 2021

I’ll say this for Prince Albert of  Saxe-Coburg and Gotha : He was an enthusiast. Steam Power, engineering, plumbing, Scotland, Christmas ... 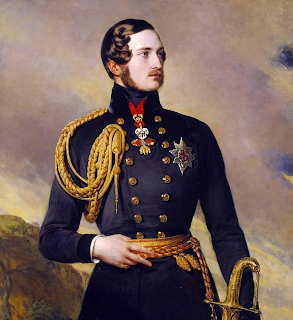